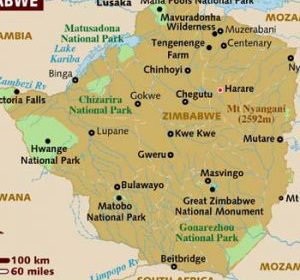 On The Rock Consultants was recently invited to an event which marked the rolling out of a 90 million US dollar funding facility to SMEs in the pursuit of financial inclusion in Zimbabwe. This is a development following the unveiling of the Zimbabwe Nation Financial Inclusion Strategy 2016 – 2020 which happened in November 2016. Several stakeholders with interest in SMEs who included bankers, SME associations, cooperatives and government employees were in attendance. Financial inclusion has become very topical these days and the evidence of its importance is the interest it is receiving at world summits including the World Economic Forum Africa 2017 which was recently held in Durban South Africa. The G20 summits are also being dominated by the same topic.

The Deputy President of Zimbabwe, Emmerson Mnangagwa who was the guest of honour at the event promised that government will double the total amount of the facility next year if there is proof of effective utilization of the funds. It was pointed out that Zimbabwe is cognisant of the significant contribution of an inclusive financial services sector on the socio-economic development of the country. The Micro Small and Medium Enterprises sector has grown to become the bedrock of economic development in the country as by 2012 there were 3.5 million recorded MSMEs employing 2.9 million people.

The Reserve Bank of Zimbabwe, through their Deputy Governor Dr J. T Chipika provided a detailed report on the financial inclusion interventions being undertaken towards SMEs and providing a lot of focus to youths, women and the rural folk. The central bank’s interventions were guided by the Finscope MSME survey of 2012 which noted that rural areas account for 66% of the MSMEs in the country and of these rural businesses, 47%, are financially excluded, compared to 36% in urban areas while, 40% use informal financial products and services only and the Finscope survey of 2014 which revealed that seventy percent (70%) of the Zimbabwean population resides in rural areas and only 23% of the rural population is formally banked compared to 46% of the urban population.

While the central bank will not ignore coming up with programmes to rescucitate big companies, they will not close eyes to the fact that the economic structure in the country has changed and SMEs are now the most dominant sector. The central bank has the statistic that out of the 19 banking institutions currently operating in the country, 13 of them have established SME units in operation. The SMEs’ major problems include under capitalisation, inadequate technology, poor quality of their products and poor access to markets.

In view of the foregoing the central bank came up with funding facilities as below:

The gold development facility started in 2015 with a total of USD 20 million dollars and received another USD 20 million in 2017 to be USD 40 million in total. The lender for this facility is Fidelity Printers and Refiners and the purpose is to finance gold production. The loan attracts an interest of 10% per annum and disbursements are made to suppliers and creditors.

The cross border facility is meant for the financing of exports and imports by Cross Border members. This facility is accessible to all members of the Cross Border Association and attracts an interest of 10% per annum. The lender is the Reserve Bank of Zimbabwe and disbursing banks include Agribank, Steward Bank and Homelink.

This facility is for the financing of horticulture produce and is drawn in tranches as per borrower’s request. The lender is the Reserve Bank of Zimbabwe and is disbursed through Agribank and CBZ at an interest of 10% per annum. It can be accessed by eligible horticulture farmers of vegetables and flowers.

The fund is targeted at financing projects owned and managed by women. The funder is the Reserve Bank of Zimbabwe and is disbursed through all commercial banks, POSB and MFIs and attracts an interest of 10% per annum. It is drwan in tranches as per borrowers’ requests.

The business linkage facility is for the financing of value chain linkages for farmers to manufacturing entities to enhance value addition. The disbursing banks include all participating banks and Agribank and is accessed upon approval of projects to be funded. This facility attracts an interest of 10% per annum.

The central bank came up with ways to make it easy for SMEs to be able to access the funds as follows:

The initiatives being undertaken by the central bank are being supported by the Ministry of Small and Medium Enterprises and Cooperative Development and the implementation of it is being supported by the Bankers Association of Zimbabwe. The success of the programme requires the cooperation of all stakeholders and consulting organizations like On The Rock Consultants will provide training on business management and assist in the formalization of MSMEs businesses.

This site uses Akismet to reduce spam. Learn how your comment data is processed.